Who can write the most?

Who can write the most?

Those of you who like a challenge, you've come to the write place! I'm holding a contest to see who can write the most in just one post. And by that, I meant use the most details, correct grammar, lengthy, and so on! I'll elaborate more as you read.

What's going on.
A writing contest- who can write the most in one post.

Prizes!
See the drawing in my signature? I drew it. You get one of those for free, just tell me the look of your character! Has to be feline, canine, or equine. Anything affordable that I can give you, I will. (:

How will you judge?
If your post has good, descriptive words and smooth writing, is long, and appropriate, you already have a big chance! As long as you have 50+ words, you are qualified and have a chance. The post can be a story, a poem, a song- anything.

Going to enter in a sec, just finishing my entry
_________________
Have you ever felt that warm glow inside you? The one which makes you feel like you could overflow with happiness and affection for your world. I get that feeling everyday, every hour, I make the best of what I have and see beauty in everything. You look at me or whisper behind my back, calling me strange. Strange may be your word for me, but my word for me is happy. Some may think I am sad and lonely but in my mind I soar free and am full of happiness and calm. You may call me strange or a nerd or a geek but I have a purpose and it is to SOAR.

TO BE FREE AND HAPPY, UNIQUE AND YOUR OWN PERSON IS TO LIVE

I am proud to be this girl 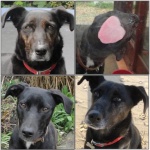 I shall enter! I originally wrote this for another contest, but it kind of died, so I'll put it up here! Based on the song "The Queen and the Soldier".

The Queen and Her Soldier

I dragged myself over the old, uneven cobblestone road. The old wound in my thigh was aching again with the promise of the coming rain. I looked up toward the sunset and shifted the small rucksack that contained all of my belongings. The long war had destroyed me and everything that I once held dear, but I had a mission that must be completed before I could rest.

I was midway through the town when I saw it, the elegant castle towering over the city as if it were mocking the residents, laughing at their struggles. I closed my eyes as an old memory took me by storm.

I ran through the wrought iron gate that connected the large stone walls. After a year of begging, my father had finally taken me to the infamous 'castle on the hill'. My father was a proud soldier, a general of the Queen's military, and today, I was finally getting to accompany him to work.

I shook my head trying to clear the thought, and before I knew it, my feet were carrying me back to my past, back to that same 'castle on the hill'. The road was steep, and my progress was slowed greatly by my bad leg, but it did not take very long to me to reach that same iron gate, behind which the castle lay. It swung open with a soft creak, and I walked toward the main entrance.

There were no guards present. How could there be when the queen sent nearly all of the men to war? I thought as I walked through the overgrown court yard. Even the poor elderly gardener had been sent off to fight.

I took a deep breath before walking up to the heavy wooden door, lifting the knocker, and letting it fall with a heavy bang. The sound echoed through the empty halls in the castle. I could hear it even through the solid brick that composed the walls.

Nothing happened for a very long time. Then slowly, very slowly, the door creaked open to reveal a young lady dressed in a stunning purple, and a small crown atop her head that was covered in red rubies. A flicker of confusion crossed her nearly perfect face. "Who are you? What business do you have here?" Her voice was very melodic, but I refused to be distracted it.

"I am just a humble soldier, and I am here to report that my father, the general of the first division, has died in action."

I watched as she visibly flinched from this news. For a moment she just stood there, with no emotion on her face. Then her eyes met mine, and she said quietly, "Would you please come in and give me the details?"

I nodded once, and she proceeded to lead me down a long narrow hall. It was very dim, lit only by small torches that were stationed at large intervals along the walls. We entered the conference room, and I couldn't help but look up to admire the small amount of color that seemed to lighten the room. The large scarlet tapestries hung from the high ceiling. They were plain except for the golden lion that stood on its hind legs as if reaching for the sky. That same old memory clouded my vision once more.

I ran after my father as he passed down the brightly lit corridor and opened another door to his left. I couldn't suppress the gasp that came to my lips as I stared up at the bright scarlet tapestries. My father spoke my name harshly, but quietly to reclaim my attention. When he saw me look at him, he immediately ducked into a bow which I copied.

"My Lord, this is the son that I mentioned the other day."

The older, purple-clad man looked me over, and I couldn't help but raise my head a fraction to look at him. He had a grace that seemed to be unmatched by any normal man, and a wisdom far beyond his years. He had a slight beard that was beginning to gray, but before I could study more of his features, a small girl caught my attention.

She was also decorated in brilliant lavender, but I could observe little else because she had her head down. She was clearly very shy. I now picked my head up fully, trying to observe her more closely. When she saw my glance, she turned away, and grabbed at her dress in discomfort.

She finally turned to look at me, and I couldn't help but smile, and bow slightly as I extended my hand to her. A bright smile broke out on her face as she grabbed my hand and we ran from the room together.

"Is something the matter soldier?"

The voice shook me from my thoughts, and the room began to come into focus once more. "No my lady. I apologize for my rudeness.”

She shook her head dismissing my apology, and indicated a high-backed, wooden chair for me to sit in. I did so quickly, and waited patiently for the queen to get herself settled in a chair of her own. As soon as she had, I briefly recounted my story, as real as it had been when I was standing on the battlefield. She needed to know the horror, and the suffering that we soldiers experienced every day.

When I finished my tale, she stared quietly down at the table. “My queen,” I began, “you are so young, yet you throw the country into a war that we cannot possibly hope to win. I have seen many more battles lost than I have seen won, and everyone believes this is all for your fun and games.” Her scared eyes finally met mine, hardened from years of battle.

“You cannot possibly understand!” she shouted. There was a flash of resilience in her eyes, but no matter how I looked at her, I could only see the face of a child, worn down after years of despair. Suddenly it hit me that we were not so different. She was suffering the same as I, even if those sufferings were not of the same kind.

“I do not wish for my people to die! I just – I just... don’t know what else to do!” She suddenly broke, and the pent up frustration and sadness that had been building for years, exploded into a hundred tears. She covered her face with her hands and wept bitterly.

Without thinking, I moved toward her, stretched my arms around her frail body, and pulled her closer to me. She did not fight my embrace, but moved even closer. “My queen,” I said as softly as I could, “you must find a way to settle this conflict. Too many people have already died. Surrender before this whole country is completely void of its people.”

I stepped back from her and bent down slightly so I was even with her eyes. “If that is what you wish.” I slipped my hand in hers. A true smile broke out on her face, and I couldn’t help but feel a leap in my heart. This smile would be one of many to come, and together we could help scavenge the remnants of the country, and build a place that everyone could live peacefully in for many long years.

Thanks. I guess as far as length goes it isn't the longest, but I kind of like it anyway.

Now I guess I get to sit back for a while and see how long it takes other people to enter.